Tom started his Martial Arts training at the age of 14 with Judo. He continued until he entered the United States Marines at the age of 17. He excelled in hand to hand combat training and was asked to help train his fellow Marines in Hand to Hand and Bayonet Fighting,

While serving my country, he was stationed in Japan where he had the opportunity to study under several great Masters. He then deployed to Vietnam, where he experienced real life hand-to-hand combat for survival. He received 3 Purple Hearts while serving his country in Vietnam.

Following his service in Vietnam, he was in the Philippines and studied Arnes, the Philippine Martial Art of Stick, Knife and Open Hand fighting.

At the conclusion of his military career, he became a Police Officer and attended many Defensive Tactics Training classes. Believing there was something missing in the training classes he attended, he started his own training business in the late 60s to educate others using real-life scenarios. Since then, he has trained hundreds of Police Officers in Knife defense, unusual weapons defense, and basic street survival.

Tom is a Certified Cane-Fu Instructor 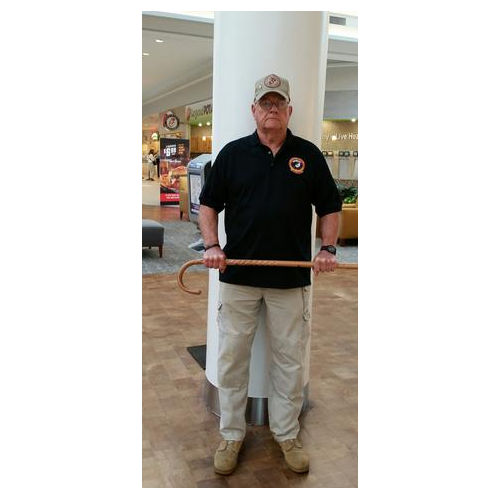 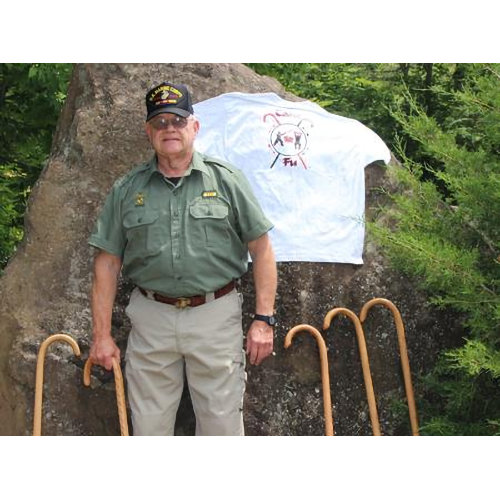 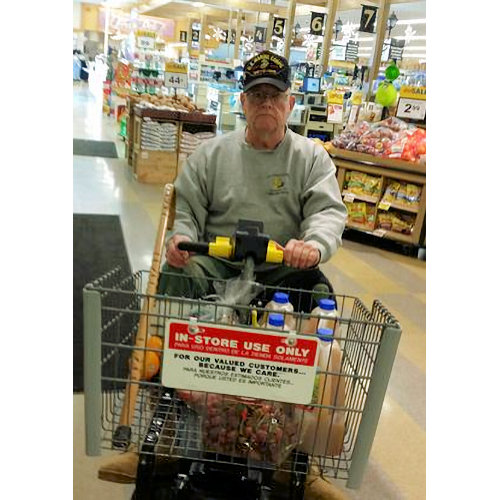 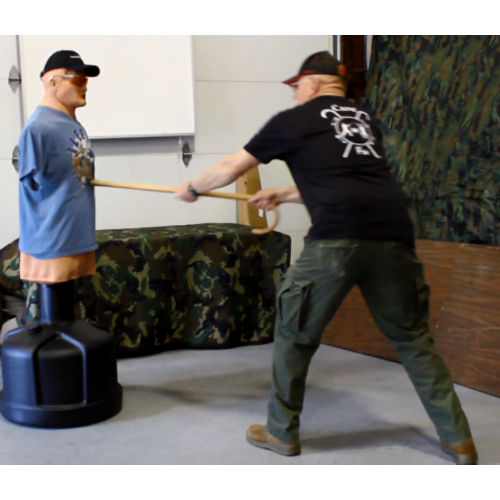 Learn More About Our Services

Self-Defense, Exercise & Stretches When you think of Cane-Fu and self-defense, you may automatically think of using the cane to ...
Read More
03

Physical Challenges For those with disabilities; life presents a host of challenges. Whether learning to manage daily activities from the ...
Read More 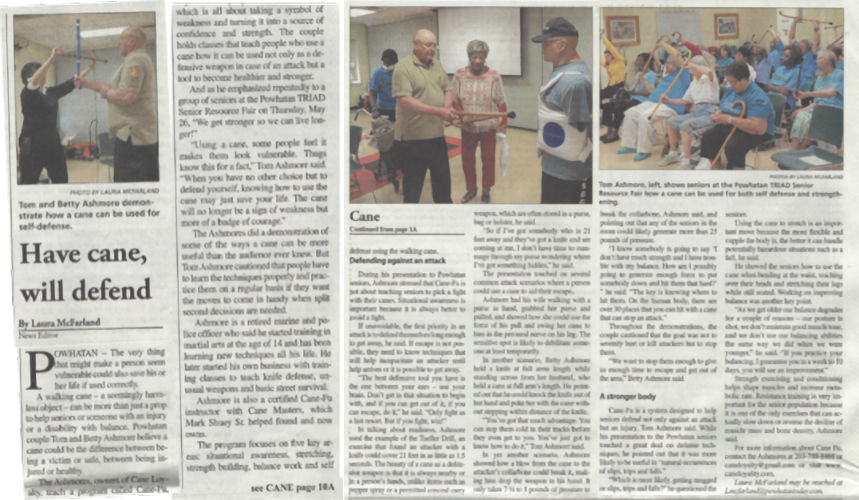 Today we had the honor and privilege to present "The Cane is more than a crutch." To the Virginia Attorney Generals annual TRIAD Conference in Williamsburg VA,
... See MoreSee Less

Today we had the honor to present "The Cane is more than a Crutch at the Virginia War Memorial
... See MoreSee Less

Today we had the honor to present "The Cane is more than a Crutch at the Virginia War Memorial
... See MoreSee Less